One of the biggest decisions that many industry managers face when planning for a commercial HVAC system is whether to repair or replace certain equipment in the system. So, how do you tell when it's time to make which decision and why?

We list some of the key factors to consider below.

Cost of repair vs. cost of replacement

Sometimes, it is important to take a look at the HVAC system's repair's history to determine just how much these repairs have cost in the past. If, for example, the system has had too many failures and breakdowns in a given period, then you can easily predict that future operating expenses might equally be quite high. In addition, some breakdowns might require that you repair nearly everything in the HVAC system before it can begin functioning properly again. In such cases, going for a new system may just be the better option.

With technology advancing every day, it is not a surprise to find out that your HVAC system of over a decade consumes nearly twice as much energy as the latest model in the market. Indeed, this is the reason many commercial HVAC service providers recommend that you replace your system after a given period to ensure that you take advantage of those models offering higher energy efficiency. So, just conduct a performance assessment of your current system and find out whether you're missing out on a glorious opportunity to make potential savings on your utility bills.

A majority of facilities have in place various guiding principles to help cater for every situation and ultimately make decision making easier for the management. For example, some companies have policies which state that repairs always have to be the first choice before replacements can be considered. Besides, budgetary allocations can also play a huge role in deciding whether to replace or repair a commercial HVAC system in a facility.

Life expectancy of the system

Every equipment has a given life expectancy as stipulated by its manufacturers and this also applies to commercial HVAC systems. As such, if your system is nearing the end of that period, then the more appropriate decision would possibly be to replace instead of repairing. However, it's important to note that there's no a truly fast rule on the issue of life expectancy and thus in the end, it all boils down to choice. For example, a well-maintained HVAC air conditioner can function just fine for quite a long time without needing to be replaced. 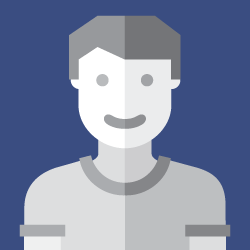